In the back-end data feed processing area Stachanov has developed the following products: 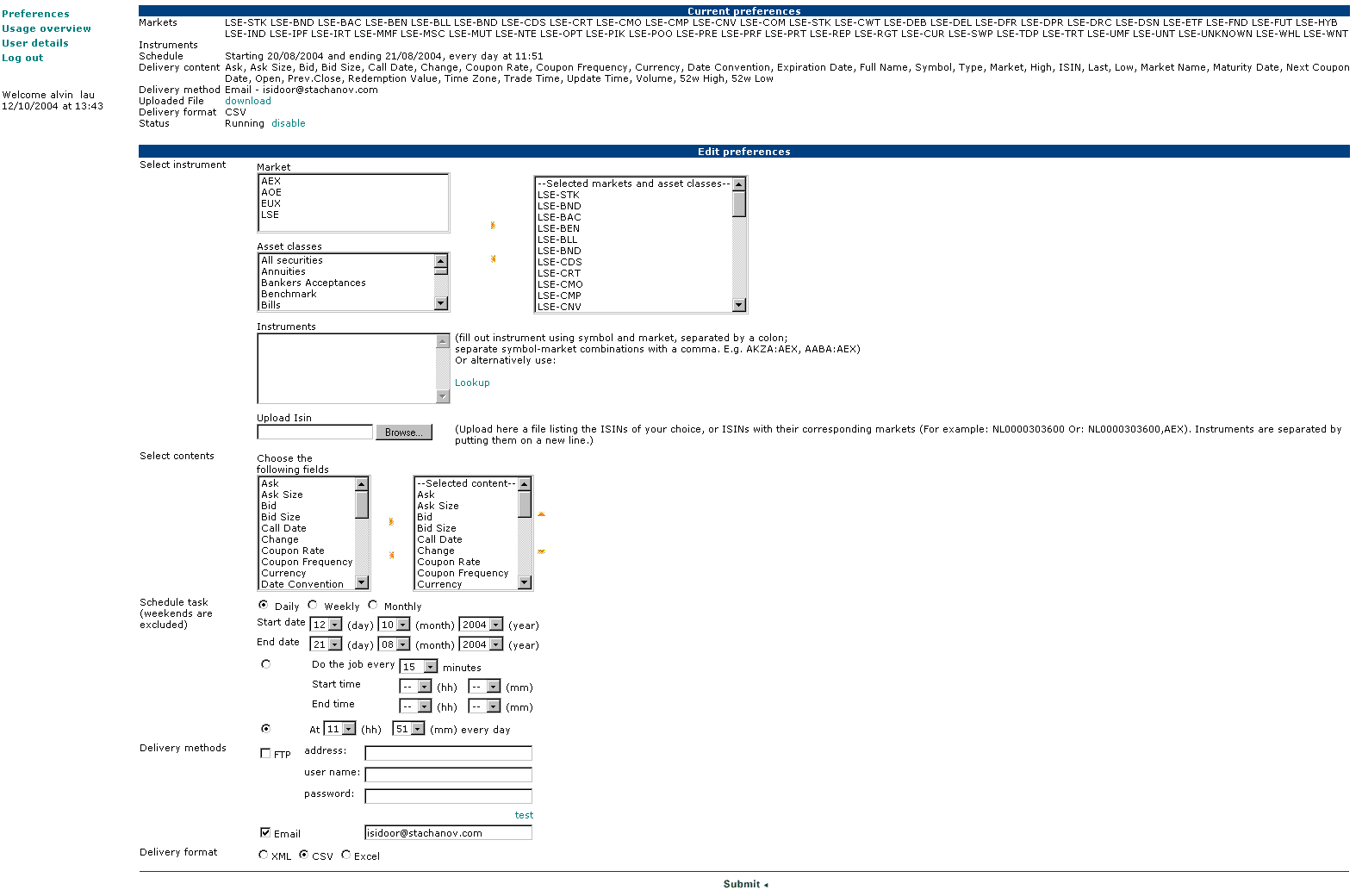 Upon request of Euronext we developed an application that feeds Euronext Teletekst and EOD snapshot services to Dutch national television at http://teletekst.nos.nl/

This service has been running since 2003, and Stachanov has been responsible for the chain partners since 2010. The market data has been from Markit until July 2012 when we switched to NYSE Euronext SuperFeed market data. 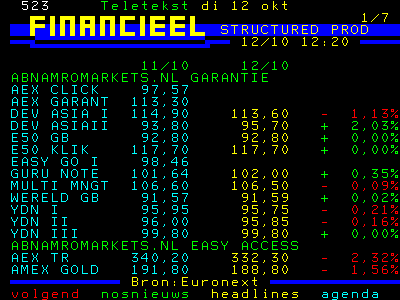 Stachanov has been producing the Market Summaries for NYSE Euronext since 2011, based upon the Comstock market data from Markit.

Stachanov controls the entire process from source to the Web page below. 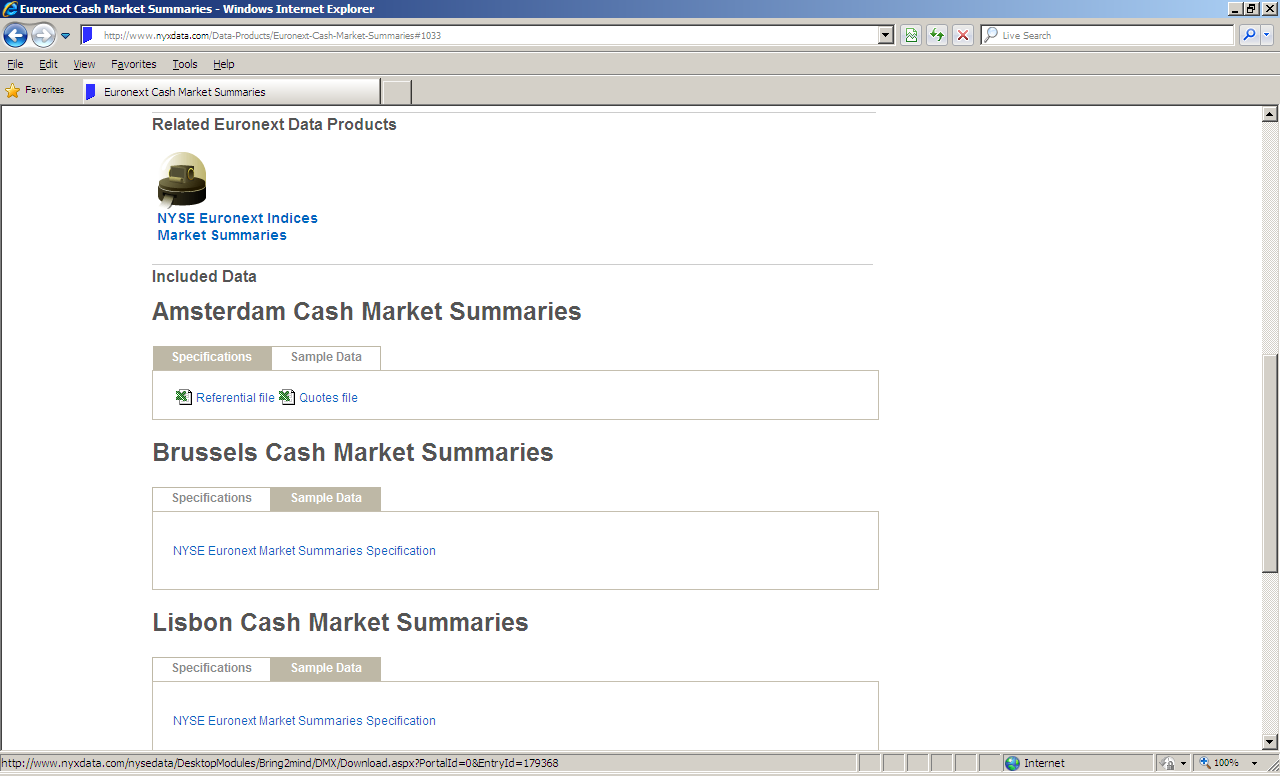 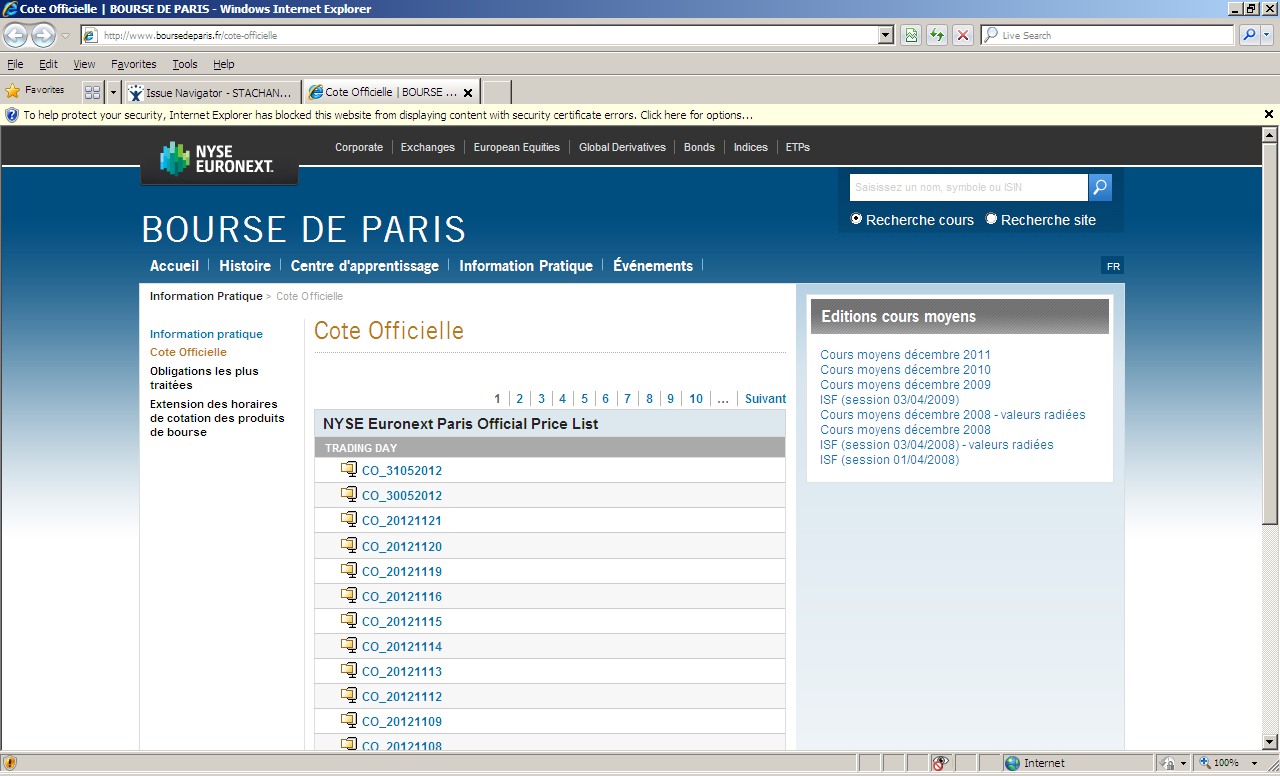 Stachanov has produced the Cote Officielle for Paris since 2011, in a fully automated and monitored process. 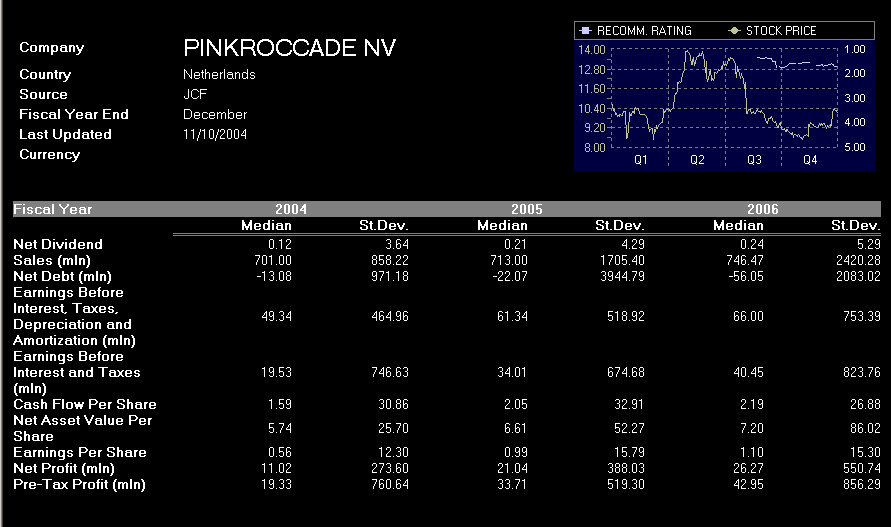 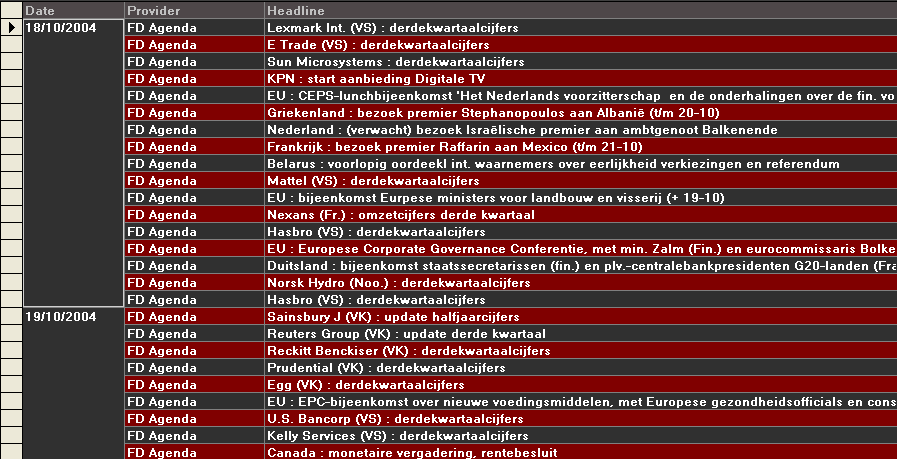 The Capture Engine’s database is read by a piece of software called the XML Generator which makes use of the custom views CurrentView, FutureView and OptionsView to output XML files which are transferred to the NOS. These files include all the necessary values which should display on Teletekst.

At the end of 2012 NYSE Euronext asked us to produce a low cost alternative to the current Officiële Prijscourant. The first phase of the solution will be powered by the Euronext proprietary TAQ product. The second phase may entail we leverage the SuperFeed powered Capture Engine. This is under discussion for 2013. 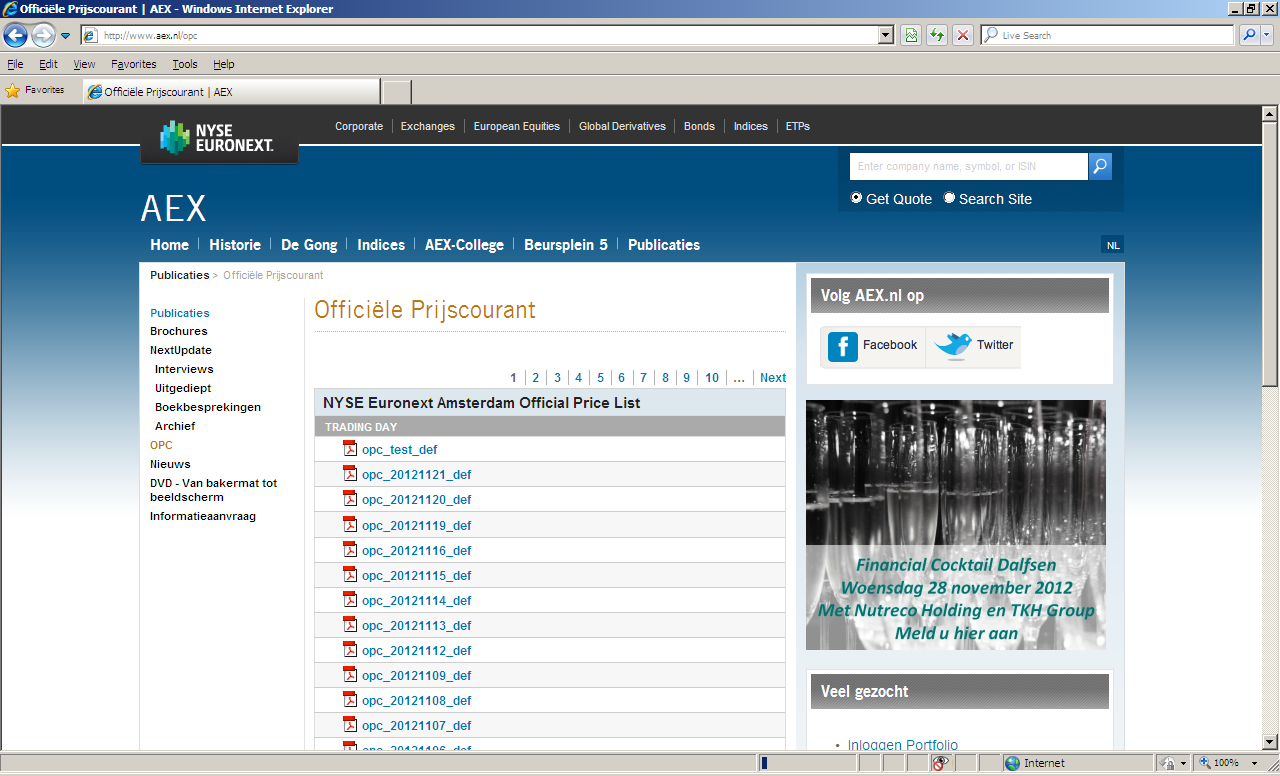 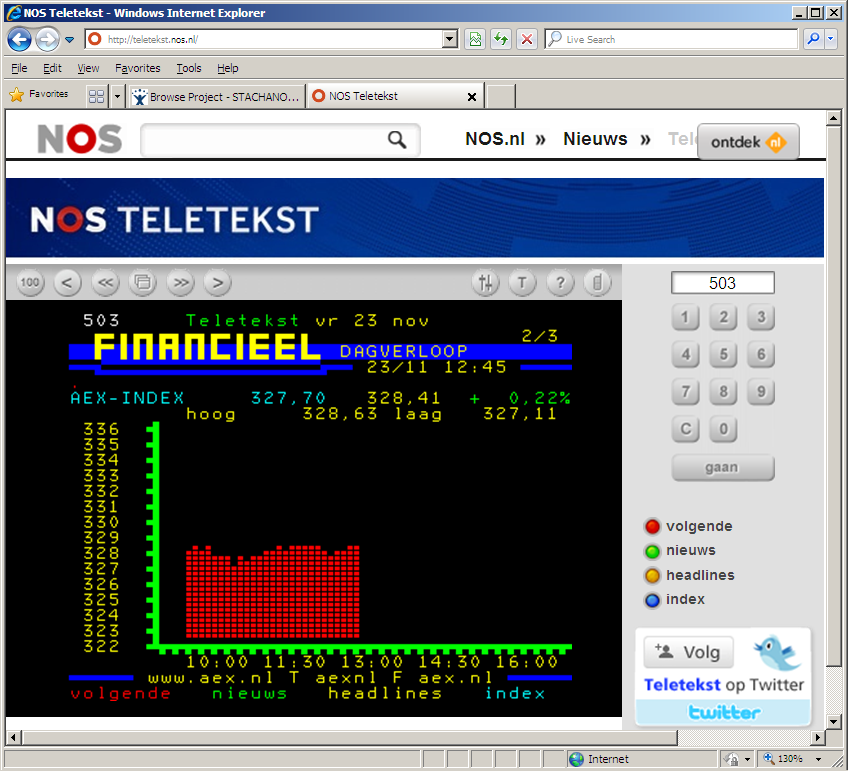 When developing the SuperFeed component suite to power Teletekst for Euronext, we wanted to show at the earliest possible stage to our clients from NOS and Euronext, the progress we were making. To that end we developed the tool below, based on our implementation of the open source i-Reports Business Intelligence-suite from Jaspersoft.

The tool would be ideally suitable to power Market Summaries for Euronext or any other snapshot service for its customers. Data can be delivered in all formats at any time and to any location. Stachanov can scale up quickly so as to serve multiple customers. 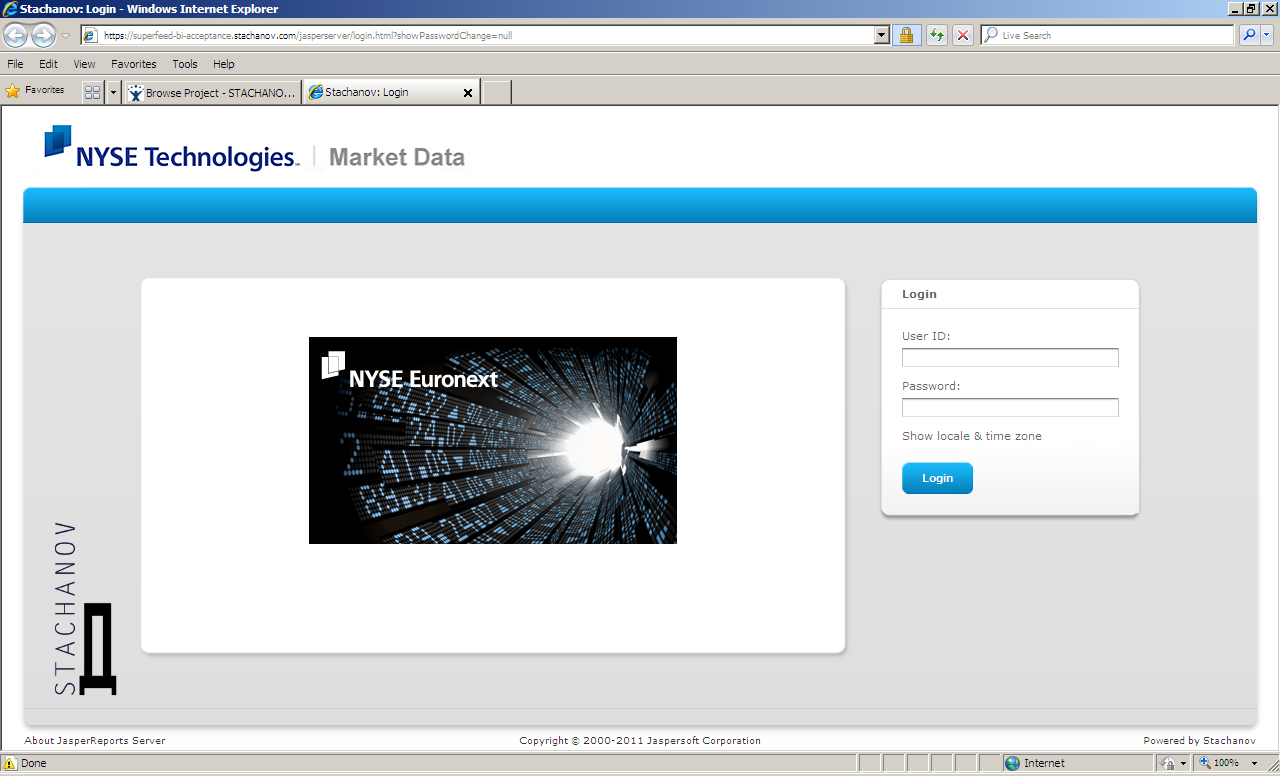